Bonfire of the Vanity Fair

There was a time a man could support a middle-class lifestyle on his own income: detached house, car in working order, summer vacations, Sunday roast, sundries and a college education for his children.  This in most of the 'Free World' of the Cold War years.  It was not a set-up equal for women, much less minorities, but it was the spoils of being on this side of a curtain and our 'leaders' buying off the men they'd trained and sent to kill in the last 'World War'.


As men busied themselves about their various concerns they were scrutinised and studied, perhaps almost as narrowly as a man with a microscope might scrutinise the transient creatures that swarm and multiply in a drop of water... minds that are to our minds as ours are to those of the beasts that perish, intellects vast and cool and unsympathetic, regarded this earth with envious eyes, and slowly and surely drew their plans against us.

The gains for women and minorities are ephemeral: it takes two jobs to buy what one once did.  One may claim that the price of real estate, which has swallowed what gains a woman's second-income to a 'conventional family' has gained, always rises, except it doesn't, or that the market has corrected the excess supply of labour by buying it more cheaply, which is true enough.  In any case, we are poorer for it, but most of all, stressed and angry with each other, rather than with those who never seem put out by any economic changes. 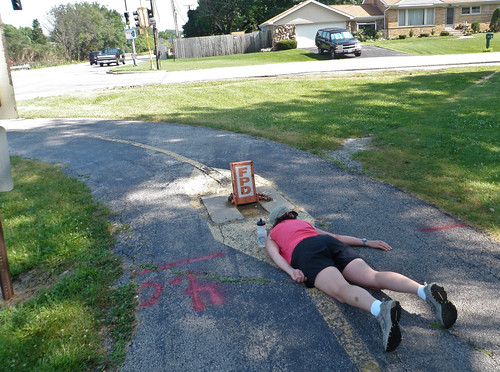 A sure sign of the stress is the divorce rate, populism in politics (also a cause), and the evidence that people have just become assholes.  I see it in Japan.  I see it in Toronto.  I read about it elsewhere.  Honest people talk about it with me.  Is it such a gain that people hide their racism to minorities and are assholes to everyone?  Certainly not for everyone else, and there's evidence the lot of minorities is not economically better.

The problem isn't this or that government policy, or one or another educational policies being an attack on my teaching profession, but that we are exhausted from longer hours and busy-work, neither spouse able to run the home full time, and credential inflation both for us to keep gainful employment and for our children to get any at all: the poor kids trying to get into teaching now have twice the paper-credentials I have, and a fraction the chance of getting work I had when I got in fifteen years ago.

Until the revolution, or the 'New Deal' to buy us off from starting one, you have to opt out of 'aspirational' thinking.  Lose one or both cars, downsize your accommodations, avoid a mortgage until the market crashes, ask yourself if the little more the second income makes after daycare and taxes is worth the trouble, because the fucking Jones you'd keep up with are running with the lemmings.