I said that to a bunch of international school teachers the other day to explain why I hate the place.  Got a laugh.  I am sure any readers will understand just how much contempt is rolled into that one sentence.  Even better than something I said at a Toronto backyard barbeque among my heavily mortgaged friends, when my J-wife and I were getting the what-for for being renters,  pour épater les petit-bourgeoise:


I'm not going to pay Toronto prices, and only get to live in Toronto for it.

With a mouth like that I have already lost those Toronto friends subsidizing the banks with mortgages more than their houses are worth, which will be the case within twelve-months.  Even if I did have to tell them how much less I will have paid for a house in two years than they paid for theirs a few years previously it won't come to blows: Torontonians are as passive-aggressive as the Japanese, and like the Japanese, only 'brave' locked up inside their own cars. 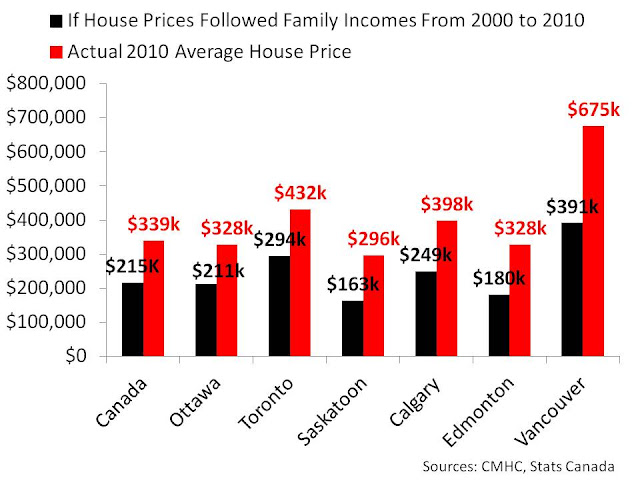 My own brother, who worked on Wall Street during the crash, but made off like a bandit, and is now working for an important Canadian public financial institution, god help us, told me the analyses showing there will be a repeat of the American housing crash are weak.  To which I said:


So what's the downside for me?  Right now it makes more sense for us to invest what we have and rent, and if prices never come down that will still be true.  If they come down and we buy we'll have done far better than our stupid friends.  Explain the flaw in my logic.