Not the wedding at Cana

I had the good first (though there is better), 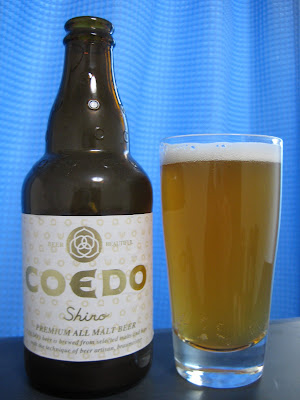 And the poor second (and there is worse),

Following the notion that taste buds deteriorate with alcohol.


Every man at the beginning sets out the good wine, and when the guests have well drunk, then the inferior. You have kept the good wine until now!

Perhaps I needed a few more of the good to not notice the poor, yet even among Japanese 'beer', rather than Happoshu, there is worse.  Had I drunk the Yebisu first I would have thought it merely tasteless, not unpalatable, but would have liked the Coedo more.  There is no good way to drink good and poor beer in the same sitting.

As good a way as any for me to comfort myself about never having been in an onechan sandwich...  (And the group sex thing, since a man will take longer each time, yet get more tired, someone gets the short end of that, er... stick).
Posted by Ἀντισθένης at 20:21