Grey on grey on grey... recursive landscape of Japan. 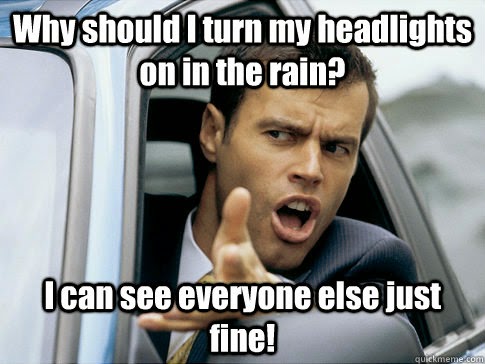 Is it just a Shitamachi thing, or do all Japanese not put on their headlights in the rain?  Come to think of it, they don't even on the toll freeways, and certainly not in the shitty little neighbourhood streets.  Even at night many turn them off at intersections to 'not bother' the people on the other side, which would be great if everyone remembered to turn them back on.

Sure, Japanese drivers pay more attention, not so much because they care more, or worry about the legal penalties, but there's nowhere you can drive a dozen meters in this land without hitting something, if you aren't paying attention.  However, nobody thinks for themselves. 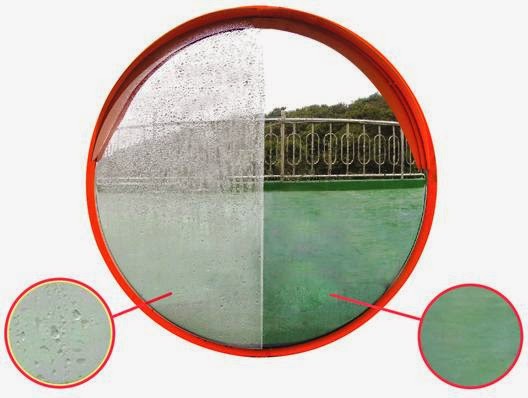 Sure, they have those convex mirrors at all their fucking blind corners with houses up to the property line, but a few weeks of road soot or a few minutes of rain and they aren't much help.  Of course, if drivers or cyclists had their fucking lights on in rain I'd get fewer scares, wouldn't I?

Or, if all of the cars weren't in bland colours, against bland concrete background, against a leaden sky (the few times you get a glimpse of one in a Japanese warren) my paleolithic brain could pick up the predator; however, 'this is Japan'.
Posted by Ἀντισθένης at 15:31