That was my first reaction to reading this yesterday: 'Japan GDP expands for 4th straight quarter'.  Even before I read the more common news, today: 'Japan's economic growth slows to 0.3% in second quarter'. 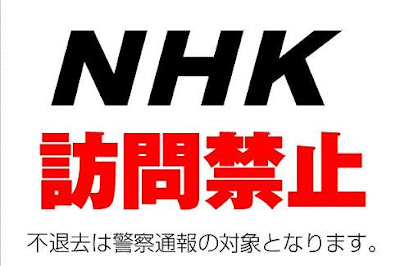 Yes, even I know the two articles are probably talking about different economic indicators that I am not interested in researching at all, but you tell me which one paints the more accurate picture of Japan.


In my Canada, the CBC is always dying a 'death from a thousand cuts' from the neo-con government, yet never gets better than mediocre, or fights back properly, except its tepid centrism; the NHK is a fully paid-for propaganda organ, but then again, so is the rest of the accredited media in Japan.  No wonder so many Japanese buy the 'classless society' line (yet can talk about 'erai-hito' in the same breath).  In Canada, some investigative journalism is still done by the CBC and the Toronto Star; in Japan, we got the truth about Fukushima, and the 'Senkaku incident' from individuals on the Internet.  The Japanese media has adjusted to this, by repeating what someone else had the guts to print.

- Could someone translate the top picture?  I think it is something to the effect of 'don't collect NHK fees here!'.
Posted by Ἀντισθένης at 21:26