The idea comes from here, and I don't agree with all, because I am not having that kind of mid-life crisis.  I do tend to go with their views on sucking it up.  Imagine the sort of advice to grumble at a boy who you think should know better.  Yes, it is masculine, but if think about it, not derogatory in any way to women.  Certainly not to anyone who isn't 'straight' either; my son isn't three yet, so I take nothing for granted.  Suggest your own and I may add them. 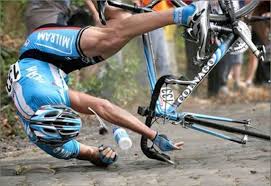 - Coffee is drunk black.
- Espresso may be drunk with little hot water, or not more than a tablespoon of milk foam.
- Tea is drunk black.
- Sugar is for invalids.
- Soft drinks are for Red States.
- Unless you were diagnosed in childhood, you are the 'metabolic problem'.
- Tobacco may be smoked in a cigar no smaller than your unit.
- So women may smoke what they like.
- Spirits may be mixed only with water.
- Beer is drunk above refrigerator temperature.
- Wine also.
- Do not drink with the British.
- Drink and tobacco are 'habits' if they have little effect on your wallet or body, otherwise 'addictions'.
- Women, children and the aged come first.
- Dates, the aged, infirm, 'with child' or with children get the seat, lest you become a 'salaryman'.
- Break up in person, unless she's crazy.
- 'Don't fuck crazy'.
- No, it doesn't matter if s/he's hot.
- You won't always finish last; but don't always finish first.
- You mustn't try to look as good as your date.
- There's no such thing as an 'accident'
- 'If it looks too good to be true, it is'.
- If you pay for sex you may get something else for free.
- If you can impress a date with money, you'll never be allowed to stop.
- Always pay your way, or better.
- When dining with a group, pay up extra and leave early, lest you're made the chump.
- Don't make promises you can't keep.
- Don't start fights.
- Finish fights.
- Don't start a fight you cannot finish.
- You will have to face the bully.  Get it over with.
- No, life isn't fair.  Get over it.
- You won't regret failure; you will regret wimping out.
- 'Fear is the mind-killer': cowardice is a choice.
- 'Sturgeon's Law'
- 'Hanlon's Razor'
- 'Occam's Razor'
- Get your friend's back, unless s/he relies on it.
- Own up, usually.
- Authority is arbitrary, but I'm paying the bills.
- The well isn't bottomless.
- 'There's no such thing as a free lunch'.
- 'Neither a borrower nor a lender be', where praticable.
- Don't buy the house you can afford; buy less and pocket the difference.
- Don't buy what you can rent cheaper.
- You can rent cars.
- Car owners are fatter.
- If you 'need' a car where you live, it sucks.
- Suburbs are fatter, whiter, boring and conservative: you meet the svelte, interesting, mixed-race chicks/boys downtown.
- 'Law of Diminishing Returns'
- Avoid bankrolling scum: traffickers, pimps, salesmen, bankers and politicians.
- Never buy the hype: where there's hype, someone's got an angle.
- When someone tells you what to believe, you've found a fraud.
Posted by Ἀντισθένης at 13:29