I'm getting tired of how everything's a faff living in Japan.  It's been too long since I could just come home with groceries got easily in hand, flip switches, and have things baked, washed, dried, heated or cooled.  Everything I need to do for clothing, food, climate control and more I can't be bothered to think of, takes twice as much work here for half the comfort.

I won't review my last post on getting foreign food.  I'll simply add that I'm getting weary of feckless retail 'bait and switch'.  A short list of things I have seen in local stores only to disappear when I later went to buy them with a meal in mind: clotted cream, sour cream, craft beer, anchovies, and frozen turkey.  Then there are the stores and museums that close random weekdays, or whole months for 'renewal', and bars that close for 'private functions'.  Do I have to check grocery stores before I decide what to cook?  Do I have to check the website before every visit to a store or a museum?  Must I call to reserve a table just to make sure the place isn't booked up, on a Tuesday?  I have a job, young children, and too little time of my own so fuck off.

Something you almost never hear in Japan, except in 'internationalization' contexts:


Oh my god that piece of meat is too huge for me to take!

Let me put this out there right away.  The size of Japan's ovens, bake-ware, and baked goods correspond to dicks.*  The freezers too, and ours filled with my wife's crap, not like she can't go out of the house to get more; whereas I have no room for roasts, birds or links.  This is the best you can do usually for cooking a roast in Japan: "In a little oven in Japan, she produced a Thanksgiving feast for 35".  No way she fed thirty-five red-blooded foreigners on that.

There aren't many ways around cooking a proper roast here, even if you do pick up a bird at an 'international grocer' or a joint from 'the Meat Guy'.  There is Chris' outdoor smoking method, if I lived in a house, not an apartment.  Were I staying in this country any longer I'd get that freezer and another gas oven.  I had a proper gas oven in Japan mid-nineties, two-thirds the size of a N.American oven, and was popular all the holidays I was around because of it.  I got it from a 'sayonara sale' and sold it for as much as I bought it, when I left.  Took a little trouble to get someone to install it, and the gentleman they found who had the skills they brought in from retirement.  Turned out he spoke English with a New Jersey accent from working on-base during the occupation.  Interesting guy.

Cooking utensils are as puny as everything else. In fact, the standard Japanese batterie de cuisine is made of the cheapest grade of aluminum I wouldn't take camping.  Apart from ordering online, good luck finding cookware not covered in horrid teflon, made of stainless steel with a thick bottom, much less anything in cast iron.  Bakeware?  Don't lets go there.  What cookware you do find in department stores is big enough for a Japanese anorexic to make a canapé. 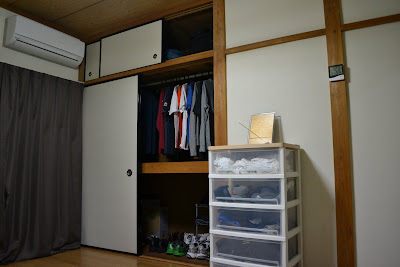 We local JETs nigh twenty years back, when N.Americanｓ still bought Japanese electronics along with the cars, came to a straightforward conclusion:


Japanese consumers are putzes: if it's not for the export market it's shit.

You know it's true that nobody else would pay for any of the shit Japanese do:
- Their plastic washing machines my grandmother would have turned up her nose at are one case.
- Dryers are a rarity in a country too humid half the year to dry clothing outside, another part of the year sunset is too early to get your drying done in time, and the allergy season, so there are about two good months if you ignore the traffic smut.
- Futons are fucking daft.  Here, sleep on this.  It compresses where you lay on it, doesn't rebound, rots from the humidity, and when you put it in the sun to dry it the half of the year this works, it rebounds a fraction.  Also, no bounce back in the missionary position, and others, makes rutting twice the work.
- Sony and the others haven't made an innovative product since the Bubble, and never again will, though still charge a 150% premium for a Japanese brand (assembled offshore).
- The housing.  The fucking housing.  Yeah, it's 'eco': shitty space heaters, bubble wrap on the windows and I'm still cold in a tiny room with two heaters, a 'hot-carpet' and the body heat of my whole family.
- 'Light cars' (軽自動車) and yellow-trash trucks.  These are allowed on the highway?  Are you fucking serious?
- 'Logan's Run' Yankii scooters, because real men ride real bikes.
- Plastic furniture.  Japanese buy Tupperware dressers.
- 'Room air-conditioners', five to a house, none of which successfully condition the air in any one room
- Every room is wall-papered, but nobody in the land knows how to lay it straight.
- Japanese hardware stores.  Sigh. 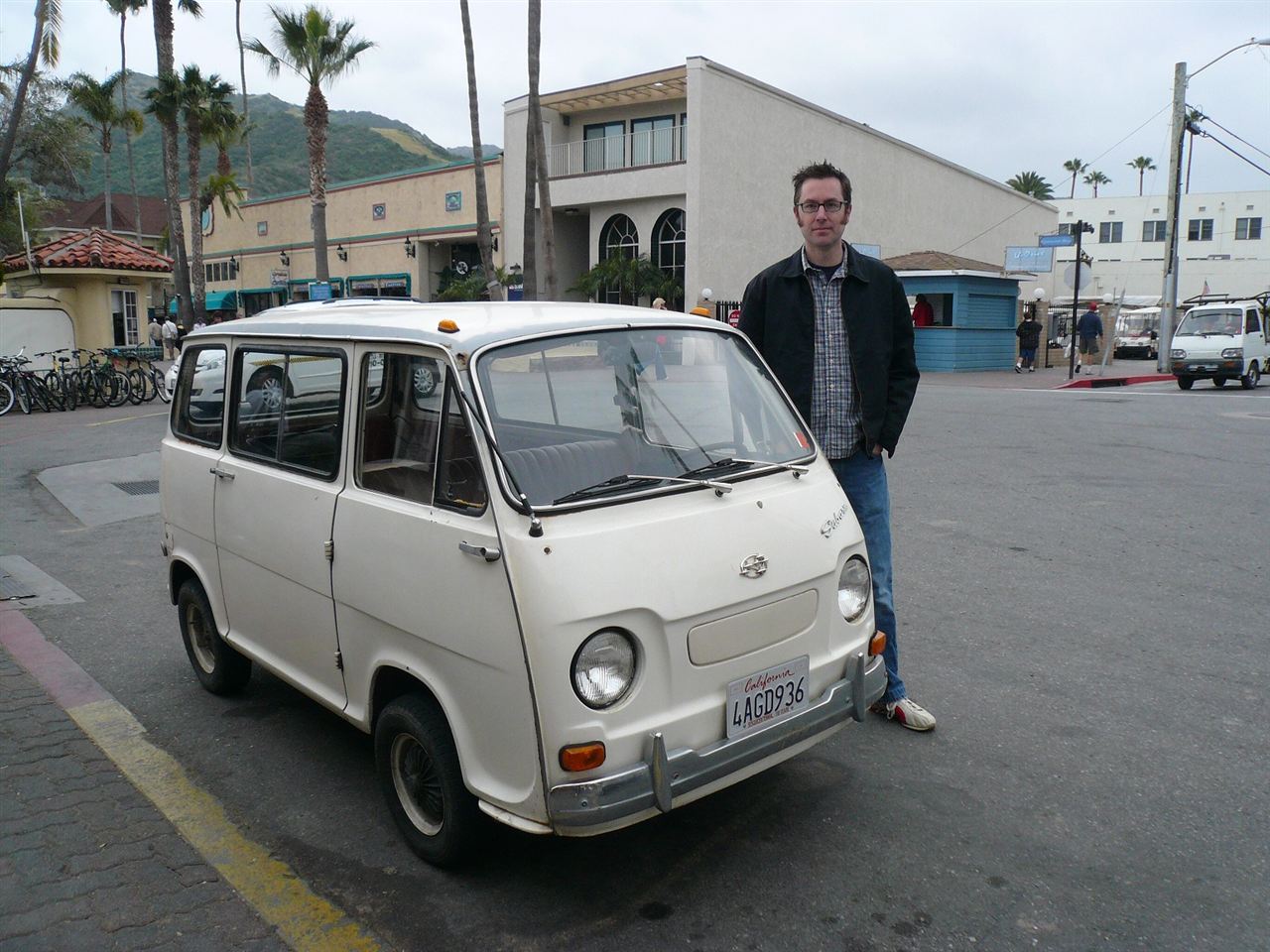 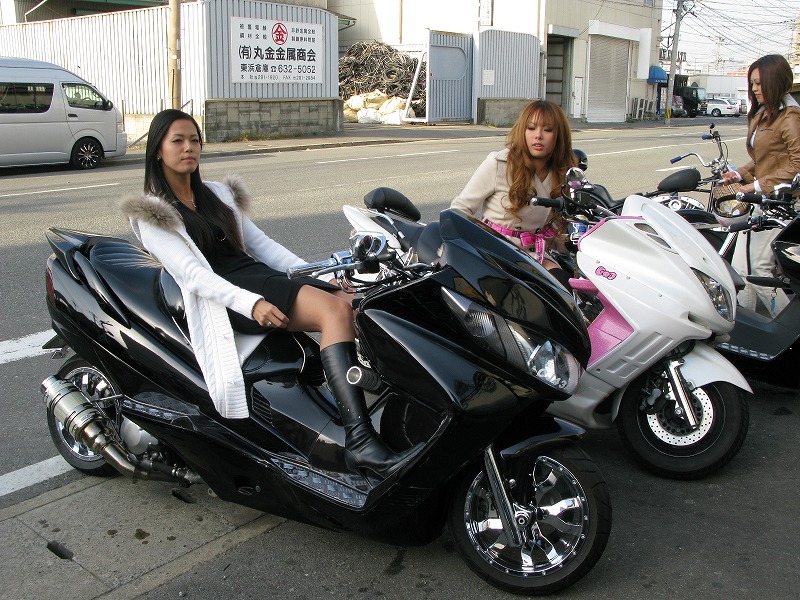 Welcome to Chibaragi.  We love you long time.

*Never been intimate with any dick but my own, but I've heard complaints and giggles about theirs, and if they correspond to the J-girls'...
Posted by Ἀντισθένης at 17:53