'Adventure sports': a poor partner is easy to find

Another item retrieved from an old HD, altered to protect the guilty. 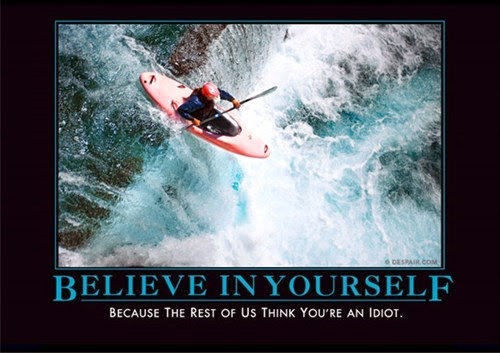 Of the moderately dangerous sports I do (canoeing, kayaking, climbing/mountaineering, cycling...) it is better to go alone than with people who'll put you in danger by their ignorance.  This is gained from hard-won experience; the most egregious example was my trip on kayaking with three other people.  Though they were confident they had experience enough to make sensible decisions (they did not), none had as much paddling experience, camping experience or sailing experience as myself (experience relevant to wind and waves).  Being short of plain common sense was the greater danger.  Here's how my lessons can be compartmentalized, most of these examples from a kayaking trip on Lake Superior.

Does anyone know where the love of God goes
When the waves turn the minutes to hours? ...

The legend lives on from the Chippewa on down
Of the big lake they call Gitche Gumee
Superior, they said, never gives up her dead
When the gales of November come early

Gender
Trips should have an overwhelming number of members from one gender, because nature or nurture, the genders do not solve disputes in the same way.  If one gender dominates, everyone at least knows which code to communicate with.  If the numbers produce a stalemate, my odds are on the gender known for not sticking to playground rules, especially if I can count on one to manipulate a whipped boyfriend.  Perhaps such miscommunication with gender, as a cultural issue, can happen between cultures.  Worth considering.

Experience
Every North American thinks they have a valid opinion.  Most people know shit.  The person(s) with the best knowledge and experience should make the decisions.  It’s safer, and it’s sensible, but uncommon.  Everyone gets a veto, but not planning powers.  These terms have to be explicit, maybe signed upon.  They will be most unacceptable to people with an inaccurate appraisal of their own expertise.  They should be encouraged to stay home or plan their own disasters.

Weather Forecasts
If you get a ‘small-craft wind and weather warning’ it means something: don’t sail something under 40’, and don’t paddle anything.  People who think they have valid opinions may not understand this or listen to you.  They may deduce from the calm water of a sheltered bay that the water is calm on .  They may do it the day after you were sandbagged by large steep waves exiting a sheltered bay.  Don’t invite them.  If you've only just found out they are idiots in the middle of the trip, invoke your veto.

It will not be fun trying to explain the causes of waves to people who think their opinion is more important than knowledge.  They will make incorrect assumptions even after they have pretended to understand the three main engines of waves: wind speed, fetch and water depth.  They may argue idiocies: waves go down if the wind hasn’t, waves in a bay have much to do with waves outside of it, and wind-shifts don't create chop.

Sea-Sickness
It is alarming it's not obvious to as many as two of four people not to kayak on a lake with large swells if you get sea-sick commonly.  You cannot presume people have the sense to mention this to you before you are a day into your trip.  Ask in advance.  Ask everything.  People are too stupid to live.

'Rules of the Road'
Any sensible person knows that you do not cut off people driving, nor step in front of them; nor should you paddle across their bow.  Those who don’t have this sense of consideration may also not look around to make sure anyone is having trouble.  Hang back so you can mind all idiots and do your duty, but you won’t get help should you need it.  Thus, you’d better have gone solo.

Leadership
There has to be a leader if there are more than two people.  This is a basic rule of human-sociology.  Acknowledge it.  It must be the person with sound judgement and broad knowledge; it doesn’t have to be you.  If you understand, great.  Get the others to sign.  Don’t want to spark a confrontation before the trip?  You will during: weather, safety, pace, meals, campsites, privacy… all of the above,  fuck.  You might also be concerned by any member who is uncompromising over petty points before the trip: their behaviour will not improve under stress and away from society.

Pace
What you can do in an hour, because you get sea-sick and don’t want to stay still, has nothing to do with what you can do in a day.  The hare did not win the race.  The hare would have drowned if he was in a kayak, and everyone needs strength in reserve for: a surf landing; making camp when wet, cold and tired; should a thunderstorm came up; there is distance to cover before a safe take-out.  If hares leave you behind, remember they are unreliable for safety and this has become a solo-trip.  Paddle conservatively.

Solo-Trips
Loneliness doesn’t seem so bad now, does it?
Posted by Ἀντισθένης at 12:33