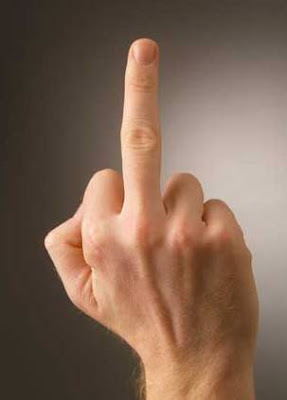 Since that's the message the US has given the world for a century, or better, it's somewhere far beyond 'in bad faith' to get outraged that other nations are taking the opportunity to shove that finger right back in the Ivy League faces of those who run the racket.

I am enjoying China, Russia and Ecuador running rings around the American 'security agencies' and spiriting that true patriot, Snowden, to safer haven.  The US are looking the bully too stupid not to put his 'shoes and socks on' in the other order:
- HK (China) delayed extradition long enough, and on a technicality, to get Snowden off of their hands
- Russia has played along with 'pass the hot potato', and added in some misdirection as he was not on the flight from Moscow to Cuba
- Ecuador sent an ambassador to the Moscow airport to search for Snowden, which is probably another misdirection, since he sure made a point of getting noticed by 'western' journalists

Where is he?  Who knows?  But I can bet that all of the governments who worked together to move him along are not communicating in any other way than through face-to-face meetings of their representatives.  When we all know all electronic media are monitored, then you've just made that monitoring besides the point, haven't you?  And there is a lot that they have failed to monitor: what radical Islamic groups use.  This raises and answers the question of what the monitoring can achieve: surveillance of law-abiding citizens.

For anyone wondering why he ran, rather than 'face the music', I suggest you see how brightly Michael Hasting's car burns in this video.  Note the subject line in his last email.  Times have changed since 'The Pentagon Papers'.

You may have noticed that a lot of my links go to 'the Guardian', and I have linked to Glenn Greenwald during and long before this affair: mainstream media in the US is locked down by those who wouldn't want us to know more, so I do not deign to use it.  The US' 'establishment journalists' are so bought, they have accused independent journalists of treason and 'aiding and abetting' just for reporting facts on the case, without Washington's cant: read Greenwald's tearing them a new asshole.  How do those people face off against a Greenwald: smarter, better, faster?  The usual unmerited vanity.

Note: US spooks stole Greenwald's partner's laptop, looking for a document he did not send after all.

So wake the fuck up if you think the US is either: a democracy or a republic.  It is a tyranny.  Maybe it always was.  It always was if you were Filipino or a Latin-American, or an American Native or Black.  However, I guess it looks a little different if you are a 'house-nigger' 9%er who serves the 1%:


China and Russia, not exactly the best records in terms of respecting human rights. And he goes to both of them? Really? Because the US is so bad on a relative basis? Dude is making money if you ask me. If you want to "whistle blow", that's your choice, but be a man and face the music for it.

That would be a message from a relative of mine, who worked for the 'Vampire-Squid', and admits to taking Ayn Rand seriously.  You shouldn't reason with such people, because that's not the state of mind that motivates them, so that one's blocked now, but I did put an addendum on my 'wall':


More like 'the enemy of my enemy is my friend.' I don't buy the money thing. Sadly, people like you cannot conceive of other motivations. In any case, 'right' or 'left', no government should be trusted with that kind of power.

Stupid bitches forget that 'come the revolution' the 1%ers have an exit-strategy; their collaborators go against the wall.

Can't have too many Rage Against the Machine videos.
Posted by Ἀντισθένης at 12:51