Tokyo Disneyland is a monstrosity! 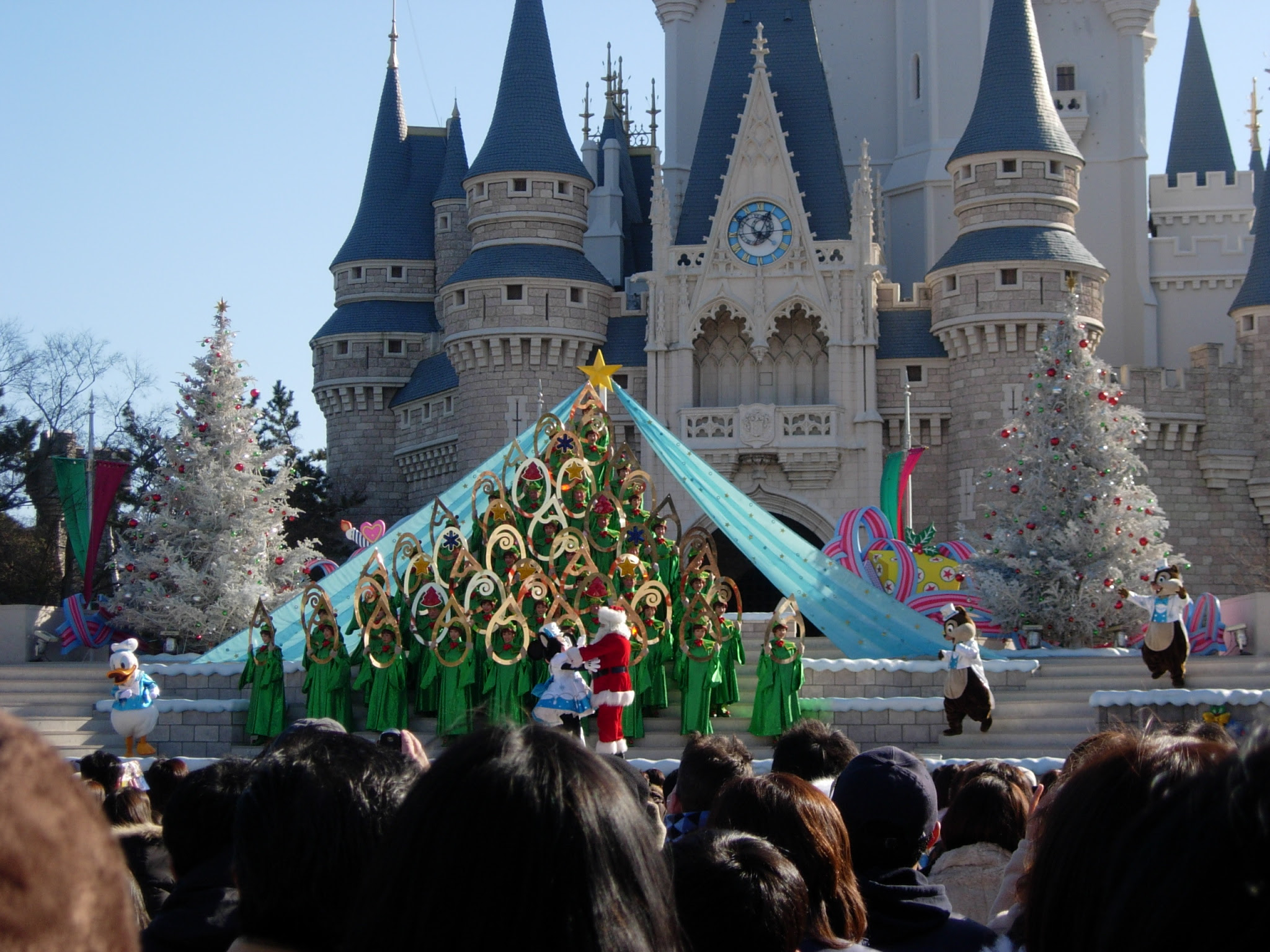 A monstrosity of taste, and of size.  I did not go there yesterday, so much as go around it: on my bike.  Its circumference is five kilometres!

Read more »
Posted by Ἀντισθένης at 16:38 No comments:

I'll let the links speak for themselves. 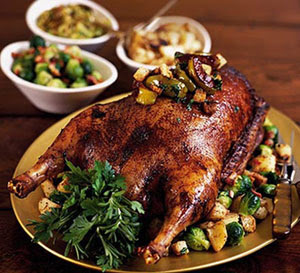 Comatose.
Posted by Ἀντισθένης at 15:06 No comments:

This is why we're doomed, II. 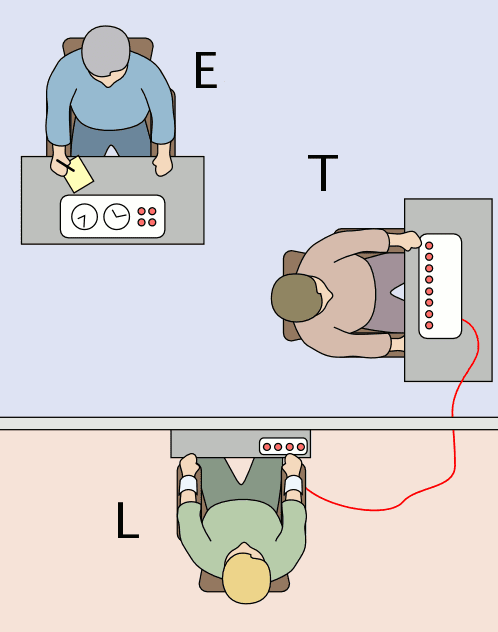 Humans do not mind torturing people, if they are authorized to do so (Milgram obedience to authority experiments).  I bet the same few who refused were the same few who can listen to reason: "This is why we're doomed".  See also: the Stanford Prison Experiment, and the Hofling Hospital Experiment.
Posted by Ἀντισθένης at 10:56 No comments:

Bike Snob NYC would not approve of the triathlete gear in this video, and neither can I, but it gives you the idea of the bike paths along the levées.  Maybe it is time-trail equipment.  It still looks asinine.  In Japan ten-thousand dollars of cycling gear means these guys are Olympians, or salarymen who I could race hungover.  Hard to tell.

Cycling's a lot safer in Japan: largely because the consequences are so high if a driver hits someone.  However, most of the cycling here is not enjoyable if you like going fast.  The average Japanese cyclist dodders along the sidewalk with a bike that wouldn't be sold in Wal-Mart.  It's just a faster form of walking.  Nothing wrong with that, and a fine improvement on the charmless automobile suburbs of N. America, but not very challenging.  The traffic lights are also quite long and too frequent.  Too long for a N. American public to obey.

Why does every major river have huge levées?  Well, the economy is driven by construction, but also, Japan is disaster central.  I have no idea why they had to come up with Godzilla.   In my first year of Japanese we had a two-week unit on the passive voice, and disaster vocabulary: typhoons, tsunami, earthquakes, fires...  Notice two of these words come from Japanese?

Cycling in the Japanese mountains is a favourite, when my lungs are up for it and I have the time to get on a train for a couple hours out of Tokyo.  The rest of the time, I have the levées (map).  The great thing is having up to one-hundred unbroken kilometres to ride on.  The bad thing is that there is no cover from the wind.  The good thing is you can cheat, use a train, and ride downwind.  The bad thing is that you must avoid rush-hour.  I'm lucky to live between the Arakawa and Edogawa cycling roads, so I can make a 50km loop of it.

The map link is not perfect: besides being in Japanese it is incomplete.  If you suspect there is a cycling road along a levée (there often is) you can now use a satellite view to confirm it, unlike my exploring fifteen years ago living here. It's going to be great when 'Google Maps Bike There' is applied to Japan!
Posted by Ἀντισθένης at 12:37 No comments:

This is why we're doomed. 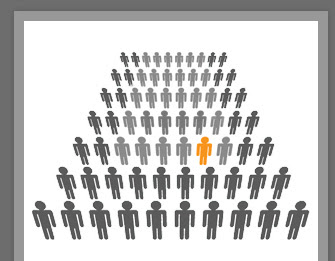 Humans are psychologically predisposed to reject facts that challenge their orthodoxies (link).  This page also.  It's a %$#@ing auto-immune disorder.
Posted by Ἀντισθένης at 11:28 No comments: 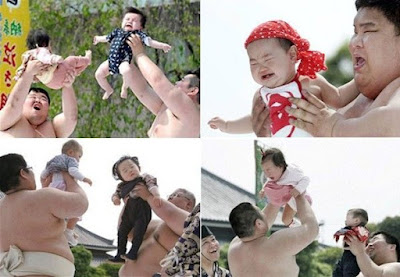 "Loco in Yokohama" had a funny post about another misguided government programme here in Japan, that will do nothing to fix their demographic time bomb.  No, not torment by rikishi, but taking babies into the classroom.

Read more »
Posted by Ἀντισθένης at 12:57 No comments:

China, you're doing it %$#@ing wrong.  You know that incident in the summer where you used your naval officers on a 'fishing trawler' to establish ownership of territory disputed with Japan by ramming it into a Japanese coast guard vessel when challenged?  You know how they pussied-out: sent back the crew and the boat, and wouldn't even release the footage to their public (leaked by one of their coast guard officers who they also can't decide what to do with)?  Well that was Japan; this was South Korea.

South Korea had a few decades of university students fighting street battles with its government.  Most of the men have military training.  Their capital lives under the threat of immanent artillery bombardment from their insane northern cousins.  American soldiers get beaten up in bars.  Their national dish is kimchee.  They drink soju!  They aren't afraid of your little boat.

Addendum: more reason not to mess with the Koreans on the sea! 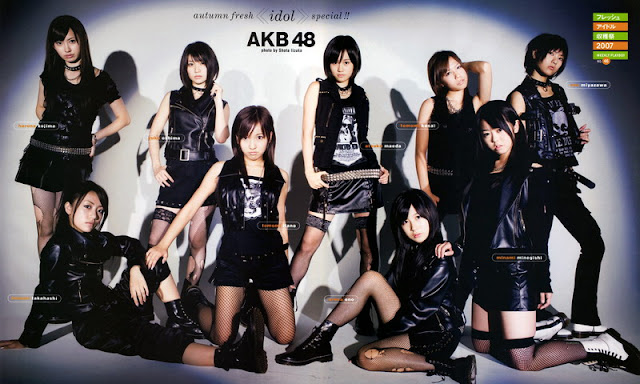 I am not presenting the legs; I am commenting on how they are presented: a gerund, not an introduction.  If nothing else, the post title and the labels will get a lot of hits!  There's no porn, and no slavering over the legs themselves.  No matter what your preferences may be, Japanese women do a mostly poor job of presentation.  It's obvious to say that a woman should both be judged by more than her looks, and safe to dress as she pleases, but with so many young women dressing like this, it is not like they were not expecting to be seen.

Read more »
Posted by Ἀντισθένης at 22:36 No comments: There was a time when I wanted to be fluent in Japanese.  That was quite a while ago.  The eureka moment was when my brother and his wife, both monolingual Anglos, were able to easily travel in Japan: the trains, hotels and restaurants.  My sister-in-law did succumb to her shellfish allergy once, and though I feel for her, I'm not sure that wasn't more a matter of Japanese cultural blindness than language-barrier: allergic to something from the ocean?!  This is a country that thinks 'vegetarian' means fish.

Read more »
Posted by Ἀντισθένης at 16:54 No comments:

Getting people to vote against their class-interests.

This post is a link to a must-read summation of who the enemy is, and their tactics.

Read more »
Posted by Ἀντισθένης at 15:05 No comments:

Yamato Damashii: means 'you're doing it %$#@ing wrong!'  When a strategy is not working in Japan the 'samurai spirit' demands that you do the wrong thing, MORE!

Read more »
Posted by Ἀντισθένης at 11:30 No comments:

Posted by Ἀντισθένης at 18:26 No comments: 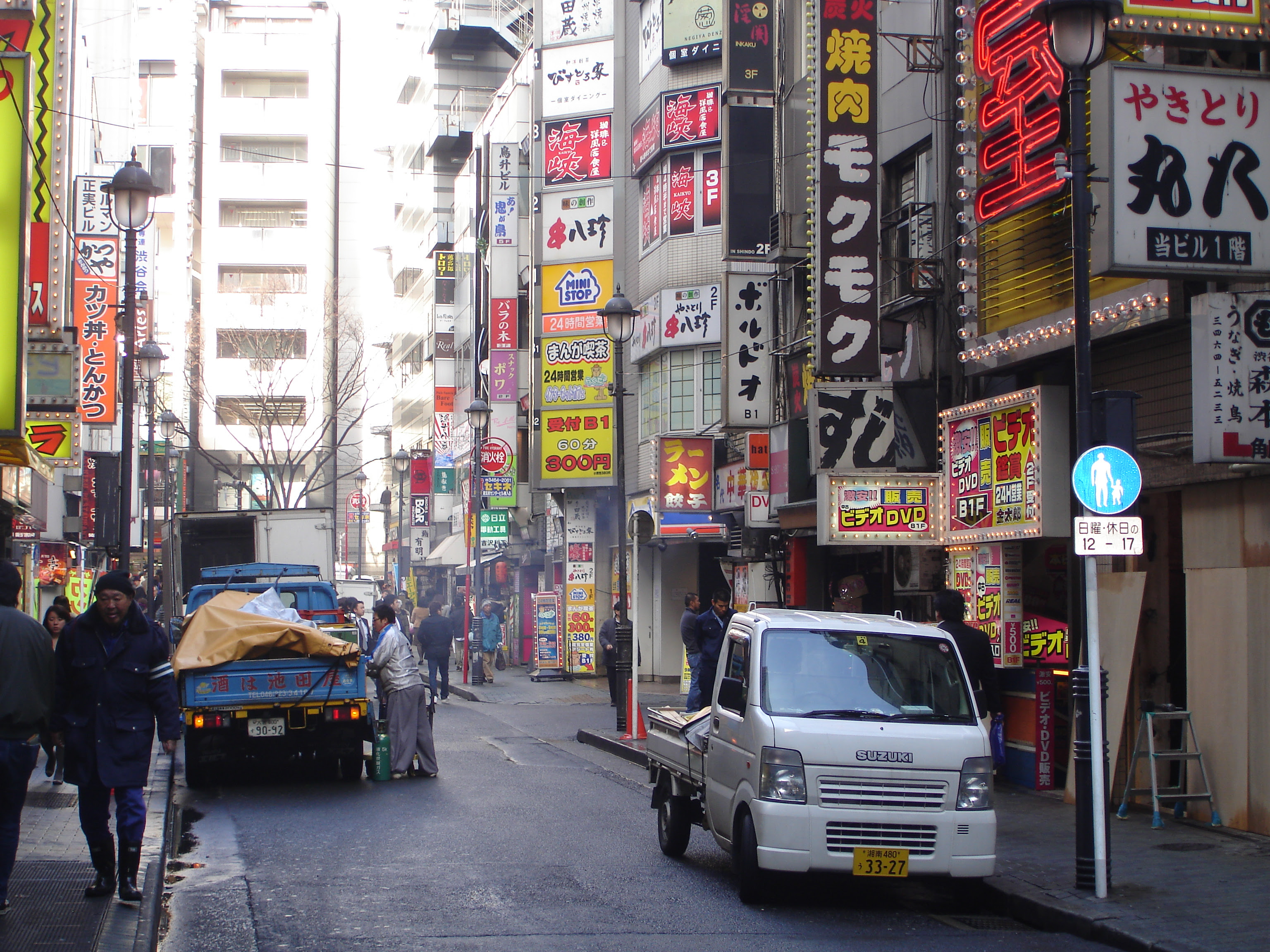 You're an idiot if you prefer the suburbs, but nobody's found a universal cure for stupidity.  There's no reason you have to bring your idiocy downtown.  If you like sitting in traffic, and so loathe exercise or sharing transportation, keep yourself and your boat out of my city.  You bemoan you can't easily swing your bus through my city, and park for nothing, because you're 'a tax payer', but your argument is belligerent, not coherent: personal vehicle usage fees pay for a negligible portion of the internalities and externalities of their use.  You may exert enough pressure en masse to kill transit and intelligent urban zoning; however, pedestrians and cyclists have the strongest argument behind them with an 'I'm a taxpayer' argument.  Transit riders also have a strong argument, even were transit heavily subsidized.

Read more »
Posted by Ἀντισθένης at 09:06 No comments:

'Japanese has no swear words.'

This video has been around the Internet lately, and it is a good lesson in Japanese swearing.  In case you do not read Japanese, I have written the swear words in Roman characters.  I have grouped the Japanese words by the English swear word in the song they substitute for, and added a literal translation.  The text size of the Japanese words show its relative offensiveness.


"Nigga'"
Anta - "You", but this contraction of "anata" makes it too intolerably direct an address.

If you want more swear words, you should buy this book: Making Out in Japanese.

Another example of the idiocy of Nihonjinron: 'Japanese has no swear words'.  Someone's going to tell you this if you live here.  Oh yeah?  Feel free to use this posting, or the words in it.  Isn't it interesting that Japanese has at least three swear words that are impolite uses of the second-person: anta, omae and temae?  That tells you a lot about the language, and the culture's obsession with protocol.  English's use of four-letter words, and 'ass', refer to private bodily actions and the parts used for them.  French-Canadian swear words are objects or locations in the Roman Catholic mass.  Language and cultural studies should start with swearing.  Every teenager knows this! 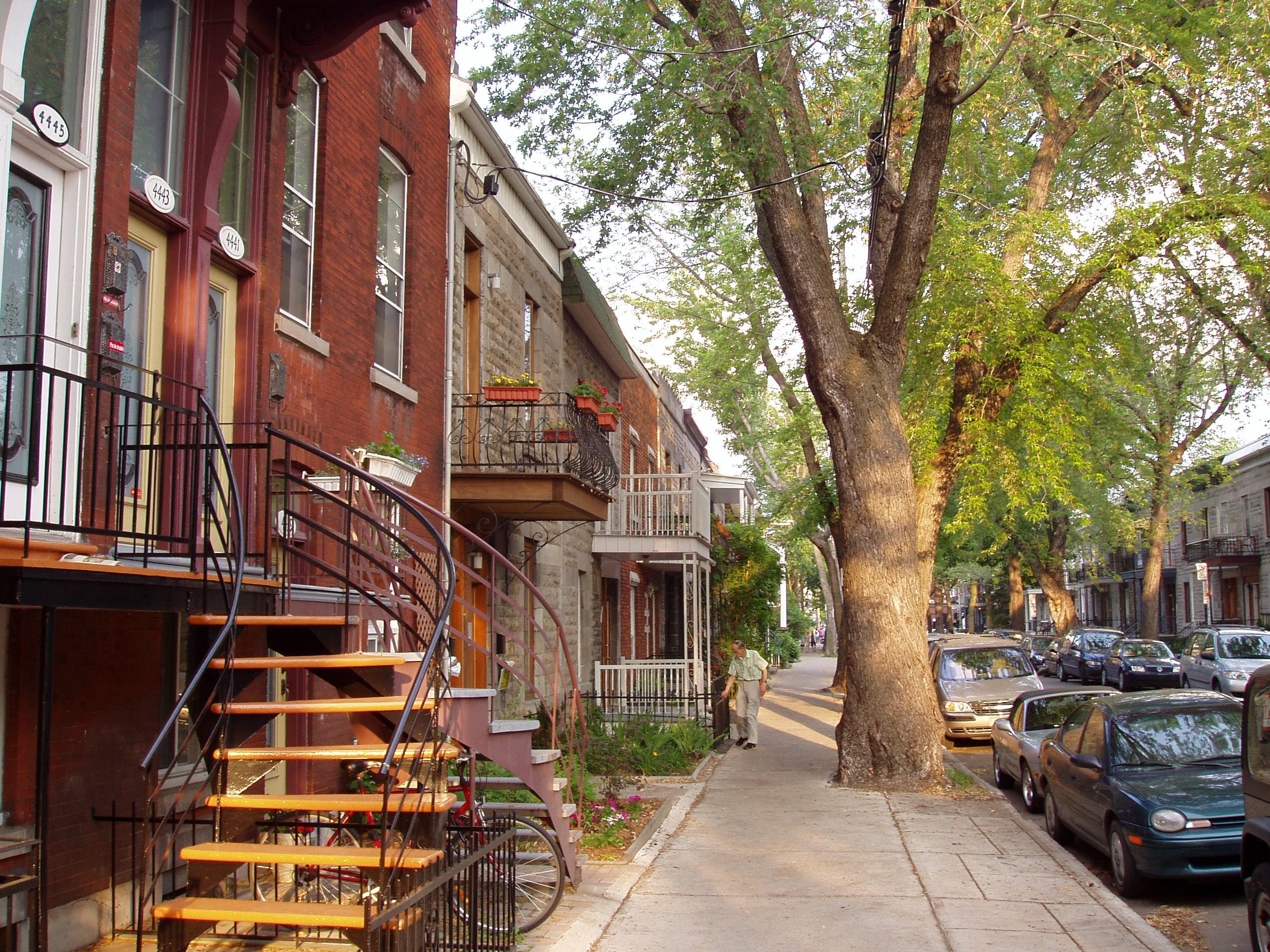 The city's virtues and it's failings are in its density.  You want to live where there is greater density if you find the city has more virtues than failings; you want to live somewhere with less density if you find more failings than virtue.  The details encompass relative quality of life, and relative costs of real estate and transportation, located in areas with different densities.  You can argue for urban, suburban or rural areas in good faith, depending on the precepts that you use.  The argument is rarely in good faith with N. Americans, because most want their 'cake [urbanity] and to eat it too [unlimited car access and cheap land prices]'.  The picture from the 'Plateau' neighbourhood of Montreal is the best compromise we can wish for in N. America, and though mid-rise is one of the most dense in Canada.  It even has parking.

Read more »
Posted by Ἀντισθένης at 20:42 No comments:

"There's a baby in my belly"

I have seen these on women's handbags on buses and trains.  What the Japanese says is, "There's a baby in my belly".   I got more information about it from this blog.  There's a poster that goes along with it, which says something like: "When you see this maternity symbol please be considerate."  My wife was pregnant in Canada, and we just brought our kid with us to Japan, and can I say a lot on this topic!

Read more »
Posted by Ἀντισθένης at 15:22 No comments: