Of all models I have listed before, as bland as Honda are, they are the right choice.  Not to mention, I had an eight year Civic a decade back which gave me no troubles, ever.  I believe in rewarding quality.  Getting a test drive soon.

Aiming for a city and highway AWD vehicle, my 'process of elimination':
- I found the Subaru Outback larger than I want in the city, and a wee squirrelly at highway passing speeds
- Subaru Boxer engines are... not dependable
- the Forester has a more basic interior than the CRV
- the Mazda CX5 is the anti-Tardis
- Ford is the only N American maker I would consider, but they have no cash deals... as N Americans love mortgaging their future
- wife won't buy Korean, nor do I think they are cheaper enough to do so
- Nissan Rogue is a bit cheaper, a bit less reliable, and will get me a bit less at resale, so no
- Mitsubishi Outlander isn't cheaper enough to go with a fringe model
- Volkswagen Sportwagen is smaller, not dependable, not AWD, and nearly as much
- fuck Toyota , which are not good value besides
- the CRV is nearly the biggest inside, has the best power:weight ratio, has nearly everything I want in the base AWD model, and is among the most fuel efficient

Posted by Ἀντισθένης at 04:04 No comments:

As there's no Legacy Wagon anymore


I have been trying to find a new car.  There are hatchbacks, there are buses, and there are SUVs never taken to gravel, so much as 'off-road'.  Almost nobody's selling mid-size wagons; I want a wagon damnit**, and am unwilling to spend for an Audi or Volvo, thank you very much.  Nor will I buy a North American shit-box, nor Korean yet, nor Toyota for its lies.  Making the list short.  I do not even want to buy a car, and wouldn't have to in Tokyo, but North America fucking sucks, and sucks even harder without a car.

I am left with these options, too many of them 'CUVs', just two letters away from what a Brit would yell.  Why no CUV/SUV?  Well, I know how to fucking drive, unlike the locals, and know something about the difference between a truck meant for hauling crap, with a high centre of balance, and a vehicle that's some pleasure to drive, and safer.

Volkswagon Golf Sportwagon Trendline, $29K
- just a bit small, no AWD, and as expensive as the rest, so... no.

Subaru Outback 2.5i, $35.5
- this is the closest even if overbuilt to the cancelled Legacy Wagon, but $5K over the others?
- what's the point of the Forester?  Little cheaper, narrower and shorter,  but a higher centre of balance.

I am unhappy with all of these.  WTF?

*Technically in North America, but not entirely so...
**With AWD, because we are a Nordic country, and nobody else can fecking drive.  Not to mention a CUV/SUV without AWD/4WD is like a codpiece hiding an orchiectomy.
Posted by Ἀντισθένης at 14:02 No comments:

I had an Orwellian moment today, not of the '1984' variety.  I've forgotten if it is in 'Burmese Days', 'Shooting an Elephant' or some other, but he describes two young British men on a night train during the Raj feeling-out each other's politics before finally secure enough to rage about their place in the injustices of Imperialism.  My heart is not that heavy, but I have had that experience in Catholic schools, 'International Schools' in Tokyo, and as a resident of Toronto.  Funny, the dogmatism of the latter is the strongest.

Good god how I hate Toronto!  A Torontonian who's not lived anywhere else will not hear of it.  "Toronto is 'World Class'".  'Jesus wept...'

I was at the Royal Ontario Museum with my son today, feeding and watering him in the café, and a French woman sat beside me with a daughter about the same age as my son: they introduced themselves to each other as they do, so we adults followed.  Within a few minutes we both moved from our conversation about bilingual education of our children to the parochialism of Toronto.  So refreshing, and confirms what I told my wife about coming back: "We will only make foreign friends, or Torontonians who've lived abroad."
Posted by Ἀντισθένης at 07:24 No comments:

Still doing research on cars, for two adults and two in child seats, and will last until the oldest is maybe thirteen.  Crossovers and SUVs are the N American default, ergo bloated and vulgar.  Thing is, that sells, so modest wagons do not.  There are very few under $30K CAD.  What few there are, are often too close to hatchbacks.

Scion iM?
Posted by Ἀντισθένης at 08:22 No comments:

Still staying under $35K CAD, paying in cash.  What I need is room for two adults and two children, for the next eight to ten years, reliable and good build quality for the price, and drives more like a car than a boat.  AWD for our winters, cruise-control and a few other options.  Have to get a fucking automatic for the wife.  Here're the 'crossovers' cash prices, all with AWD otherwise what's the point, automatic because the wife.  Almost all the same price.

I really want the Subaru Outback 2.5i, despite engine problems and its girth.
- middling engine power


- $37500 cash, and no value for paying up front, because N American financing scam

Toyota Venza AWD
- well, Toyota lies about flaws as much as GM and Chrysler...
- and still carries the Toyota price premium...
- $38300

Posted by Ἀντισθένης at 07:38 No comments:

I've got my sweet steel road bike, and an overbuilt touring bike used for kid-hauling.  I even have a fixed-gear commuter, but 'n+1' and all.

It's not going to happen very soon, but I am wanting to build another bike better for the type of riding I do, and better for when I start brevets: a low-trail 700c light-tubed steel frame that takes fenders and 35mm tires, though I'll more often run 32mm.

The first issue is that I'll have to build it up on my own, because although the All City Space Horse is close, heavier tubing than I need, bigger chainrings and not low-trail. 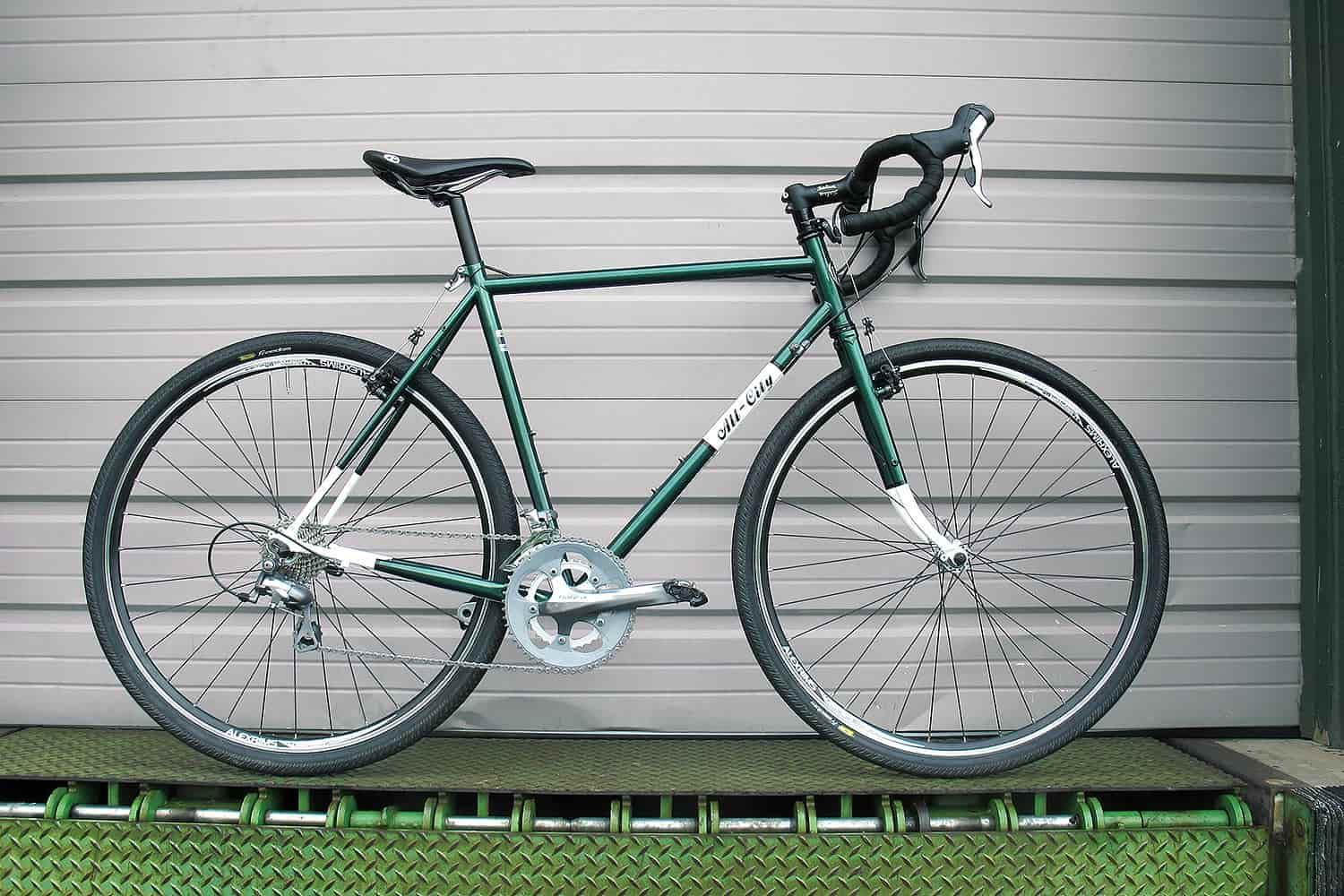 I'd have to go with a Rawland Nordavingen if available again, or spend more for the TIG version of a Boulder Brevet.  VO Polyvalent's interesting, but too heavily built.  Not picky about the type of brakes, so long as they work: no low-profile cantis on the fork. 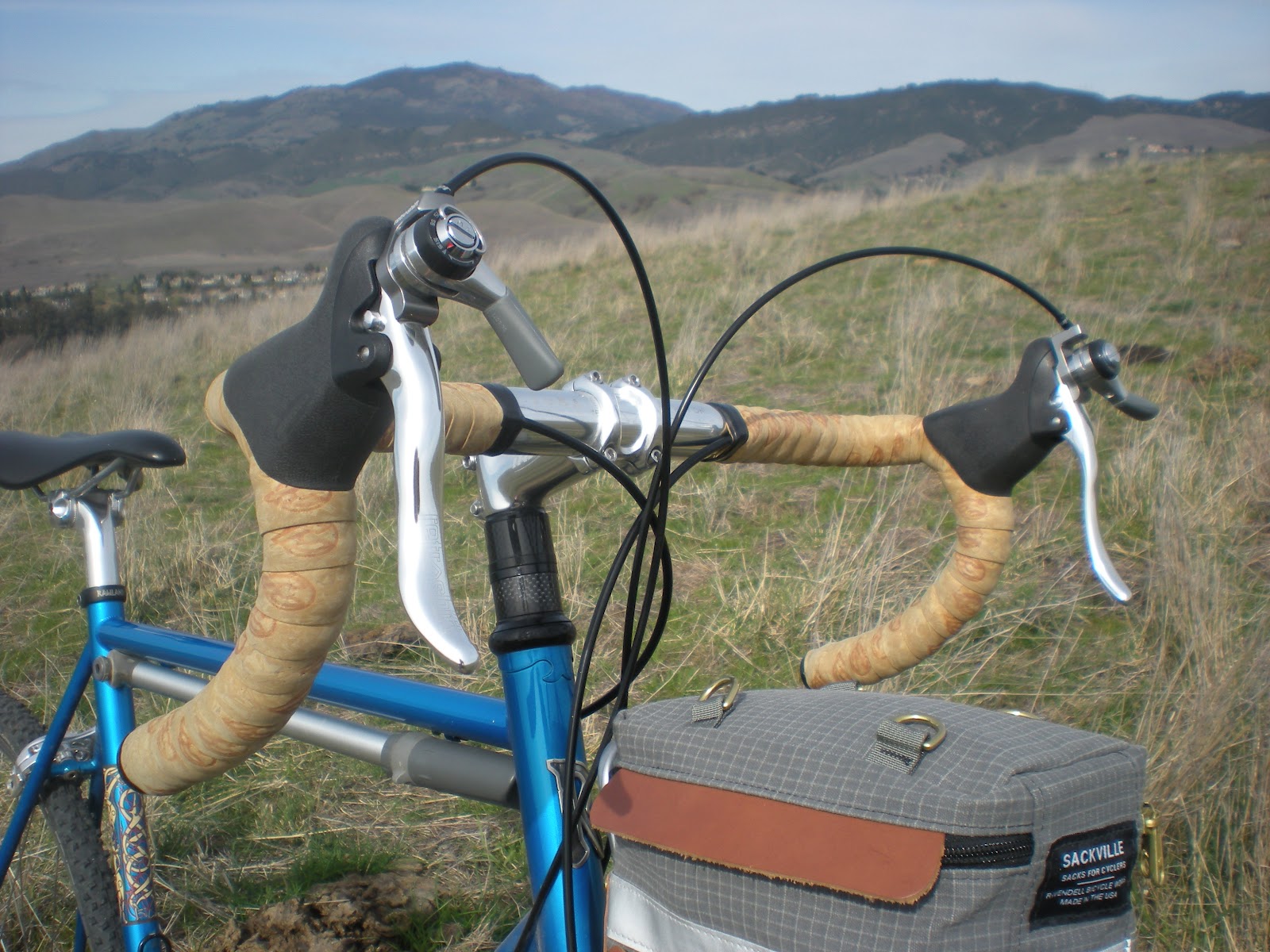 Minimal front and rear stainless racks, whether VO or Nitto.

One of the new weatherproof Brooks, if long-term reviews play out, otherwise another Swallow.

Most of the rest will be Shimano and other Japanese components, as I travel there often enough and can get the parts for half the price there than Canada.  Shimano derailleurs: Tiagra'd be good enough, Ultegra'd be sweet, so 105 is the compromise.  Panasonic tires with gumwalls?

Fenders VO or Japanese, and front bag from there also.

This would never use panniers, but I may want to carry things on the top of a minimal rear rack occasionally, as well as more often in the front bag.  For a bit more luggage, I'd hope to add another boss lower on the downtube, to lower the bottle cage and fit a frame bag.  I'd probably not add bosses under the downtube, as bottles get mucked-up there even with the longest of fenders.

I really like the idea of the Blackburn Outpost Cargo Cage (better than Salsa's original) but can't see where it would work on this bike.
Posted by Ἀντισθένης at 00:13 No comments: