How to skip a Canadian election

The easiest way is to be abroad and not register, like me.  The best reason is that registered at my mother's address in Toronto's outer suburbia, there is no way for me to influence the vote.  My mother's address is in the Ontario '905', which always overwhelmingly votes Conservative.  I certainly don't.  Let me give you an idea of what I mean.  There are two key demographics in her town: the townies who have been there forever, and are the Canadian equivalent of 'Tea-Partiers'; and the people who have moved there from suburbs closer to Toronto, that had become 'too brown'.  Charming bunch both of them.

Nobody has a problem with my Asian wife, nor the Conservative incumbent: but Asians are honourary whites, right?  I could ignore the fact that at the last event I went to at the fair grounds only three people were not white, among hundreds: and one was my wife.  However, there is the story that my mother's neighbour told us: a real-estate agent tried to sell him a different house in town as there were not many 'of those people' in town.  He challenged her with the fact that he'd had no problem living with 'those people' for two decades in Kenya.  In addition, an entrepreneur had his shop repeatedly broken into, and was once beaten by townies.  Why?  Was it more because he is SE Asian, or because his manners were effeminate (he has a wife and children, not that his sexuality should matter).  He closed his shop and left.  This is Canada outside of the cities, never mind the propaganda of 'multiculturalism'. 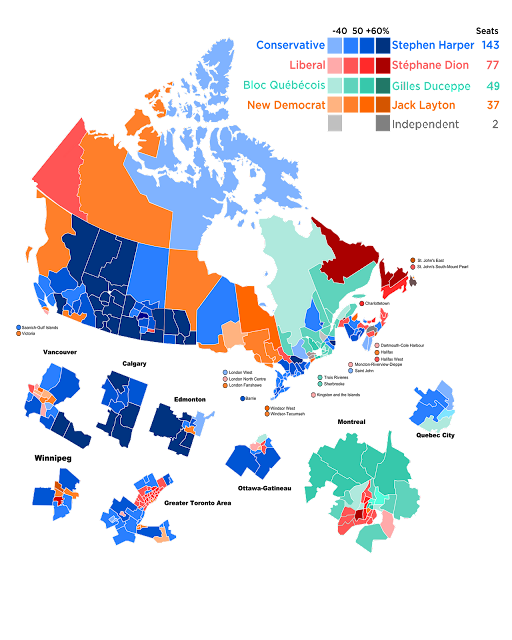 Read more »
Posted by Ἀντισθένης at 12:06 No comments:

Can't divulge the whole particulars, but I have a new 'flyjin' story.  My older 'flyjin' posts are here.

A friend's international school lost a handful of teachers (all from one country, eh?), and not a few more hedged their bets until the end of the spring break, but returned.  Typical stuff, and I do not begrudge those who left merely for leaving, much less those who thought about it.  I thought about it when the first Fukushima news was of reactors popping like teenage pustules.  However, I chose to stay at mine, and even if I had left I was not employed in a position that would leave anyone in the lurch.

So I've been reading Vollmann's "Poor People", and it reminds me of the poorer countries I have visted, and why I don't do that anymore.

The poorer countries I have been to include: China, the Philippines and Thailand.  All of these in the mid-nineties, when China was poorer.  Of other countries I have been to, I do not include the following as poorer, simply because it did not seem the majority had so little hope of improvement as the first three countries: Malaysia, Hong Kong and Taiwan.  Everywhere else I have been has not much more misery than Canada, except the US, which has the poorest social outcomes of any 'First World' country, such that it only earns membership by its military might.
Read more »
Posted by Ἀντισθένης at 13:01 No comments:

Next they came for Bradley Manning... Quote of the Day: Colons and Semi-Colons

I am scheduled for a colonoscopy next Thursday. I asked the Doctor whether, given my youth, a semi-colonoscopy was an option. My query was met with a blank stare. I relished the moment in quiet enjoyment.
- Chonan

Posted by Ἀντισθένης at 09:17 No comments:

The obvious poem, but apt:

Ignore the momentous explosions and panic, and imagine the squandering of ten-millenia of human 'civilization', and the eon this biosphere has endured since the last ice-age: it amounts to a 'whimper'.  I turned nineteen in 1989, the year 'the West' squandered, but I lived my youth doomed: that scene above was going to be my future.  We've forgotten.

'Bigger fish to fry', so to speak. 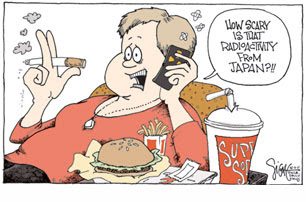 The borrowed cartoon is a comment on the American media hysteria over the Fukushima nuclear crisis, of course.  Notice not only the cigarette, the sedentary lifestyle*, the day's worth of calories in one meal, and the insulin-shock inducing litre of high-fructose corn-syrup, but also the cell-phone irradiating the addled contents of the skull!

Am I an apologist for Tepco, the French Embassy in Tokyo or hysterical 'flyjin'?  Hell no!  But that doesn't release me from using my own cognition of the risks to act reasonably. Though I am still disappointed with George Monbiot.

*Placing her in a car would have been more apt.
Posted by Ἀντισθένης at 22:43 2 comments:

Your experience may vary:
This story is exactly three weeks old, because it did not belong in the first reports which were about the dead, missing, hurt and bereaved.  My story has none of that, but it is worth telling for that reason.  It's worth telling, because my experience was the norm for those of us in Tokyo: Gaijin or Japanese.  Within Tokyo, the effects of the earthquake were no worse than the effects of one of the larger snowstorms in Toronto, my other home (alas).  What was the same?  Transportation was %$#@ed, and there were very few injured or dead.  Bear in mind that dozens of people can be killed in an Ontario snowstorm, because they do not stay off the roads.  As for Tohoku...  Their suffering is an entirely different order of magnitude.

Read more »
Posted by Ἀντισθένης at 20:21 No comments:

It's not only Japan with its 'head in a box'.

Try to think outside of that box.  In Larry Niven's "Ringworld" books, 'insane' 'Piersons Puppeteers' were invaluable to the 'sane' ones in time of crisis, because only the 'insane' could come up with a creative solution to save the species from disaster.  Every society promotes people who think just like those who the society has accepted as successful: dogma self-perpetuates.  Or to use an expression: "generals always fight the last war." 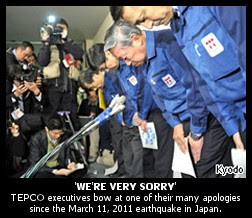