Not working with my hands: regrets. 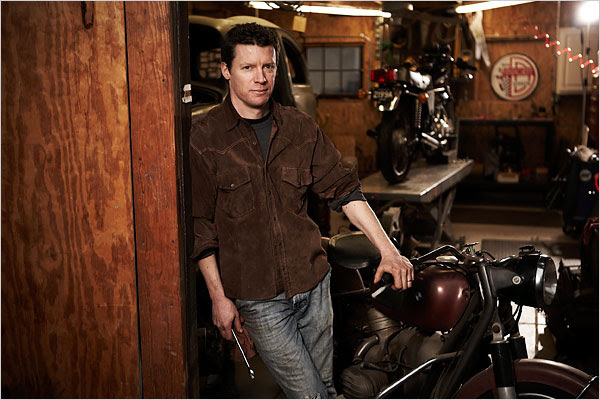 Came across a couple of interesting articles by, or about, Mathew B. Crawford.  A more intellectual, less spiritual, "Zen and the Art of Motorcycle Maintenance": the way I like it.  Funny how I have been having a few conversations with people lately about youthful academic choices being in some ways regrettable.  Most of us in these conversations are teachers.  We've agreed that we might rather do something more tangible.

What's a teacher got to complain about?  Surely not the vacations, the job security or pension.*  Not working with kids, if you like them.  Whether you do is something you learn in the first month of your B.Ed., not that those who learn otherwise always leave.**  But there are things alienating in the job, that get more alienating over the years.  These are simple: more paperwork, more politics, less responsibility from the parents and students, and more for the teacher even though there is no way to make the kid study or read in his home - and not too many in the classroom when most consequences have been removed.  I spent a decade paying off my student loans to be able to have ennui about my career.  Great.

Labels: bicycle, cycling, Mathew B. Crawford, Motorcycle, Pirsig, The Case for Working with Your Hands, Why Office Work is Bad for Us and Fixing Things Feels Good, Zen and the Art of Motorcycle Maintenance 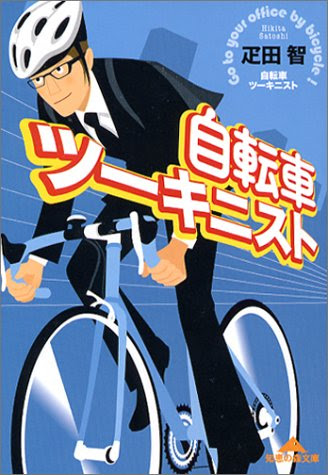 I finally rode to work, 23km diagonally through the heart of Tokyo, without the option to avail myself of any riverside paths. Now that is 23km, most of it as busy as the busiest 2km through the centre of Toronto: 23km of exposure to Toronto's thickest traffic would never be worth risking (and would take some real masochism to reproduce, no offence to working messengers).  In Tokyo?  I had to keep my wits about me, and my hand near the brake hoods, but nobody but the taxi drivers were a real threat.  What has happened to the age (upwards) and quality (downwards) of taxi drivers here since the 90s?  Kazuhide is the best reference.
The lights are too damned long.  It's like the lights in the suburbs of N.American cities: you can listen to an entire song on your car radio.  It's an odd thing that cyclists in Tokyo ignore as many lights as they can get away with, yet pedestrians and drivers won't much, yet these are the same people, as most Japanese use all three modes in their lifestyles.
Read more »
Posted by Ἀντισθένης at 20:48 No comments:

You can see why your average Japanese ESL student is alienated from anything like natural English.  This is the norm in Japan's English materials: little use of international pronunciation symbols; less appreciation that the first thing to master is decent pronunciation of the host language's phonemes; and less understanding that the katakana-approximations will not be understood by any English speakers except those who already speak Japanese.  Guess what.  It's just as bad for other languages!  I saw some salaryman using a made in Japan text to study Korean, and the hangul had furigana under it, too.  $&@%!  You don't make yourself understood in another language by applying the phonemes of your own.

If only I could convince the native-wife that 'oudoburu' is not French.

My blog has no focus at all! It's become an untidy place to keep rants and ruminations, and I wanted better from it. I think I will be splitting it into two blogs, and I would like some feedback. Here's my thoughts.

"Hanlon's Razor": focused on pointing out human malice and stupidity.
A cycling blog: which will keep the relevant cycling, and urban posts.

Japan posts could go on either, depending. So can the urban posts, for that matter.
Posted by Ἀντισθένης at 10:12 2 comments:

"Japanese do not love their children."

Posted by Ἀντισθένης at 14:06 No comments:

Some virago* thinks she is in a position to judge Philip Roth!  She's no match on him: few are.  Most people are humble enough to know, whether or not Roth is to their taste, they are wildly out-classed.  People will be reading Roth a hundred years, or more, into the future.  Who the hell is Carmen Callil? 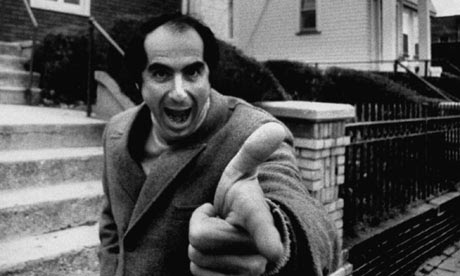 It reminds me of an interview I read (in Granta) of the interminable Mavis Gallant running down more talented Mordechai Richler.


I remember one of the people around in that winter of 1950-51, and who I moved to the Right Bank to get away from, was Mordecai Richler. He was a bit of a brat. He was much younger. I’d met him in Montreal.

That winter everyone in the world was around Paris that I knew, practically. And I realized he didn’t like it at all. For one thing, he couldn’t speak any French. Though he came from Montreal, he couldn’t say, “Pass the salt.” He couldn’t say anything.

One day Mordecai came drifting over and he sat down and he grabbed the book out of my hand that I was reading. It was The House in Paris, Elizabeth Bowen’s great novel.

And he read some in a mocking voice. A mocking English voice that he didn’t do very well. And he said, “You know, if you go on reading this crap you’re never going to get anywhere.” So I just took the book back.

Mavis and Carmin, what you wanted to say is, "kyke!"

Read more »
Posted by Ἀντισθένης at 09:13 No comments:

There are any number of web pages about the 'right way' to ride, but all those I have seen make the mistake of assuming you ride in their city, the same way they ride.  I won't.  I also won't tell you to wear a helmet, or talk further about 'vehicular cycling', except to call its advocates dogmatic.  Any discussion on either topic will be deleted from the comments, because both tend towards 'Godwin's Law'.

Because you can never tell them how to make what you want, and relying on luck rarely works. 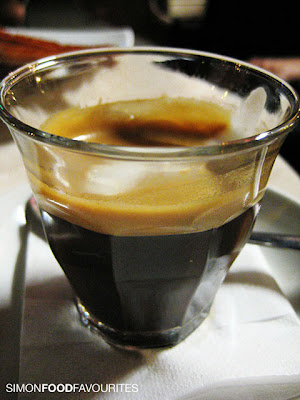 Never mind the variable quality of beans, wrong temperature of the water, and pomposity of 'baristas' in Toronto: I have had just one cup of coffee made how I like (Linux Cafe, and only by the owner).  This in a city with tip-jars by the register, and an attitude to tipping which is, shall I say, presumptuous.

I can describe the coffee I want in a short sentence, in one of several ways, but that doesn't mean I am likely to get it.

The longer version: put an amount of hot water in the bottom of a glass equal to the double espresso you pull on top of it, to keep the crema; then mark it with not more than two tablespoons of milk foam - no milk!

I have been quoted on a discussion board.  There has been approval, and reasonable argument:


So basically...get rid of a selective majority of a given place and the rest is ______. Who'd have thought?

And the other kind: right-wing.

I'll address what I quoted above.  Yes, I was selective:


subtract Québec, Newfoundland, Cape Breton, and the urban areas of Southern Ontario, Vancouver, Victoria, Halifax, and you have a very right wing country.

But my point stands: Canada is progressive in urban areas, or Francophone areas.  The remainder is intolerant: with but few exceptions.  Conservatism in Canada, as Republicanism in the States, is based on hate: hate on 'queers', immigrants, the poor, etc.  Voting to the left is not.  It is not even worse for the economy, or public debt: 'conservative' governments have done their own fine job of driving up public debt and crashing economies.  There is no party for a 'fiscal conservative' to vote for!  Look at the record.  There is one for 'social conservatives'.

This blog is not a travelogue.  However, I have just spent four days in Kyushu during Golden Week.  The native-wife, hybrid-baby, and native-mother-in-law and I, travelled together to Nagasaki, Kumamoto and Aso-san (picture).  All of the travel was uneventful, apart from the hybrid-baby ruining everyone's sleep on the last night, so that I fell asleep in the airport lounge.  Hybrids are rarer, though hardly unknown, that far from the capital: he got more amaerareta than one baby needs.  Rather than a travelogue, I'll give you a few impressions.  I'll let you do your own Googling for information.  Take more than the four days we did, if you go.

Spending your tourist dollars in Canada.

I pledge not to spend my tourist dollars in Canada where 'Conservatives' got more than 40% of the popular vote.

Read more »
Posted by Ἀντισθένης at 20:58 No comments:

I cannot believe I just wrote that title.

"Fuck this fucking city." - Steven Page, regarding another right-wing win (Toronto by Ford)

So it's official: the tolerant Canada I grew up with, doesn't exist anymore.  If I am going to be nostalgic about Canada, I am going to be nostalgic of something gone to history, or nostalgic for my university years in PQ.  40% of Canadians will vote for a party that not only do I not agree with, but is the first to be in contempt of Parliament, and...  Fuck it.  I am too tired to list their evil, not that it would do any good.  40% of Canadians are hateful.

I grew up in a more-or-less 'Red-Tory' family: a distinction that doesn't exist anymore.  I could accept a 'Red-Tory' win, but they were pushed out by the Reform Party in the hostile takeover of the Conservatives.  The Liberals are too narcissistic to organize an orgy in a cathouse.  And the NDP and Liberals were too asinine to make a coalition before this election, or the one previous.  Thanks for trying Québec: giving those seats to the NDP from the Bloc.  Why did I leave Montreal after McGill?  Stupidity?  Well, I did vote PC back then, so...  Look at how much Toronto sucks, compared to Montreal: which we already knew.  It is only Québec that has kept us at all distinct in social, international and economic policy from the US.  You should separate now, for your own good.

Osama killed: is there an election coming? 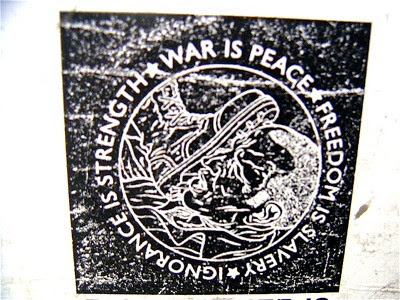 So we're told they killed him (maybe).  His body was consigned to the deep (bullshit).  Of course they were unable to take him alive (how convenient).  Look, I don't know what just happened on Sunday, or what happened on September 11, 2001: that means I am neither a conspiracy theorist, nor a believer in the official version.  I do know that there is little benefit to the American Imperium to be honest, and much for them to lie.  Chris Hedges should have a word:


And empire finally, as Thucydides understood, is a disease. As Thucydides wrote, the tyranny that the Athenian empire imposed on others it finally imposed on itself. The disease of empire, according to Thucydides, would finally kill Athenian democracy.

Do not forget that as many American are killed in a month on American roads as have been killed by terrorism in the decade including 9/11.  Be amazing to see but 1% spent on Imperial adventures going to reduce the road carnage.