I went on a date once with a girl I rock climbed with.  She was even white!  I should have been warned off when the girl, a university graduate, didn't know the word 'idiosyncratic'.  I let that go, and the fact she was from Alberta, because I thought her climber's figure was worth a ride... I guess.  However, once she began complaining about "how bad Chinese drivers are", I knew that the duration of the relationship post-consummation would be very short.  Couldn't she stop there?  No, she made it impossible to do anything but send her home alone, once she said,


"They're bad drivers because their eyes are so narrow." 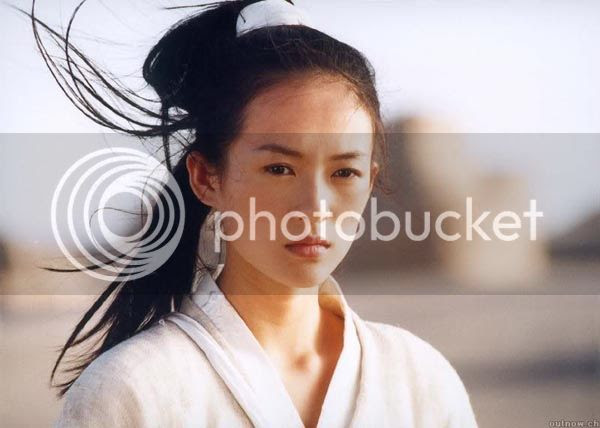 Not horizontally they're not!  Maybe, just maybe, it is possible that Zhang Ziyi is less likely to see a threat approaching from above (though without Caucasian brows, unlikely), or from below, but I'd wager a lot that her peripheral vision is fine, not to mention she is better able to see across the bridge of her own nose than the red-neck from Alberta.

So I met a girl too dumb to %$#@, though my standards were not always so high.  What does that have to do with anything?  Some days I have to remind myself that she was wrong, despite the lunacy of Japanese cyclists and pedestrians.

My hybrid is 'big in Japan!' Somebody's life in Japan is going better, sooner than mine.  The native-wife was at a friend's house with half a dozen J-mothers and their mono-ethnic one-year olds, and our hybrid was getting a diaper changed.

And the mothers of girls sat and blushed.

I'm not bragging.  Who knows?  The hybrid's Japanese male-ancestors might have been hung.  It's nice for we pale-faces that the J-mothers presume it's from the European side; and good for the hybrid that he got a... head start.  Not to mention that the only time his father has been able to get naked with more than one woman at a time was in an onsen... and most of them were not an appealing age.

Here's to also hoping the kid got my gene for alcohol, and not his mother's.

Montreal is on an island; Vancouver's on a bunch of peninsulas; Toronto is neither and has Canada's longest commutes: sprawl and little investment in transit in three decades.  The happiest Toronto commuters are cyclists, and the least are transit users.  Drivers are only slightly happier than TTC riders.  Cyclists are the happiest though Toronto drivers are witless morons.  In other words, it is worth risking your neck because the roads are far beyond automobile capacity, and the transit is horrid.

Does that look like a subway system for a city of 2.5 million?  5.5 million for 'Greater Toronto'?  You can get a better idea from this N. America to-scale subway system comparison (commuter rail not included?)  The worldwide comparison to-scale is also cool.

Think the Tokyo one is a half dozen lines out of date.

There's so much horseshit being spewed about the riots in England, and all of it serves the purposes of the political point of view of its author.  This is no surprise.  To get past the cant a little reductionism clarifies.

What is it in UK society that is different enough from the other Anglophone societies that has let the riots get this far out of hand.  Or to look at it another way, what are the conditions behind these riots, shared by American race riots like Watts and the Rodney King Riots, but not yet found in places like my native Toronto?

I'd argue its not about race and immigration, because those have not sparked riots in Canada (hockey does), and in most American, NZ and Australian locations.  I'd argue its not about police brutality, because it is a ubiquitous minority of officers in all locations who behave this way, and a riotous reaction is far from ubiquitous.  I'd even argue the proximate cause was not class and income disparity, though the ultimate cause certainly is.  Most people are neither politically aware, nor aware to their own place in the hierarchy: denial reduces anxiety, at the cost of bad faith.

These links will give you details you can keep or use (or ignore, if they are not useful for you).  I am also happy to answer any questions you may have in the comments, to the best of my ability.

Here's the original post I made on getting an all-weathers fixed gear for Japan.  In the end, I brought mine back from Canada to Japan this summer.  It's a modified '09 Kona Paddywagon.  This is what it looks like in real life. 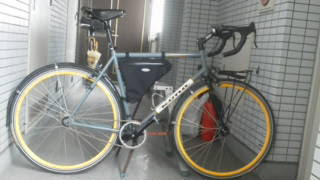 The following post is an updated version of the posting at the first link.

The 2009 Kona Paddy Wagon I am mostly happy with, but that's because I'd already experimented fixed gear on what's become my 'retro-cross', so I knew what I wanted.  I compromised on my ideal, because I got this bike 25% off.  I love fixed for the interval training it forces upon me, for the quick acceleration, and the low maintenance.  I run both brakes.  I am not a hipster: this bike is set up for real-world commuting, and bad weather riding on imperfect urban asphalt.

Read more »
Posted by Ἀντισθένης at 11:39 No comments:

Quote of the day: another reason Toronto blows.

"The critical difference in the UK is that drivers are skilled." 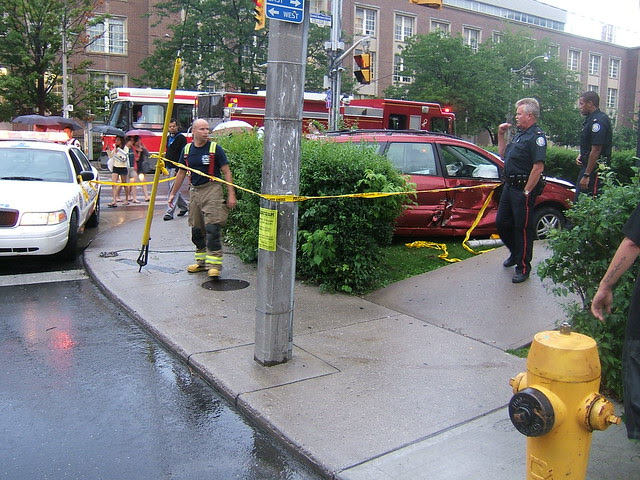 As I have said plenty of times in this blog, that's what makes cycling in Japan better also.

Fear no more the heat o' the sun;
Nor the furious winter's rages... 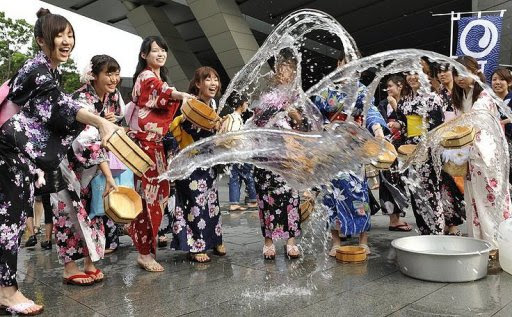 It's stupid-hot in Tokyo right now.  No, 'it's not the heat, it's the humidity.'  A stupid cliché, except when it is true!  The native-wife, the hybrid and me spent a month outside of Toronto in July, and though we had some days above 30C, it was nothing on the same temperatures in Tokyo.  The one consolation is that the humidity makes the sun feel less strong, but it also means shade does little good.  When I linked this weather data on Tokyo, and on Toronto, here were the telling differences.
For Tokyo:
- though the highest temperature may only be 34C, the lowest is 26C
- the humidity starts at 53% and ranges to 94%!
Read more »
Posted by Ἀντισθένης at 13:59 No comments:

Back in Tokyo, from Toronto.

The few followers of this blog may have noticed that there were few posts in July.  It's a dangerous thing to do to a blog, if you like to be read.  I know I follow few blogs with that few postings in a month, and those with fewer than a posting a month not at all.  I was abroad/home, but I had just as much Internet access.  No excuses to offer.

Continuing the themes from July, looking at Toronto and Montréal from native and non-native points of view, I want to wrap up from my present vantage point: sitting on the floor of my well air-conditioned Tokyo apartment on one of the hottest days of the year.  So brace yourself. 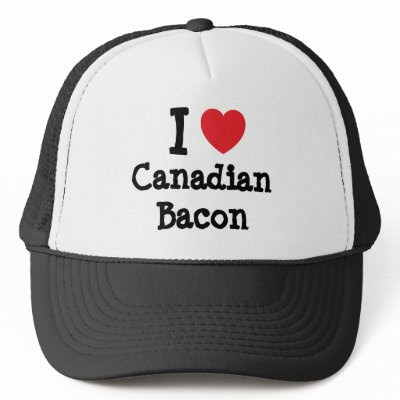